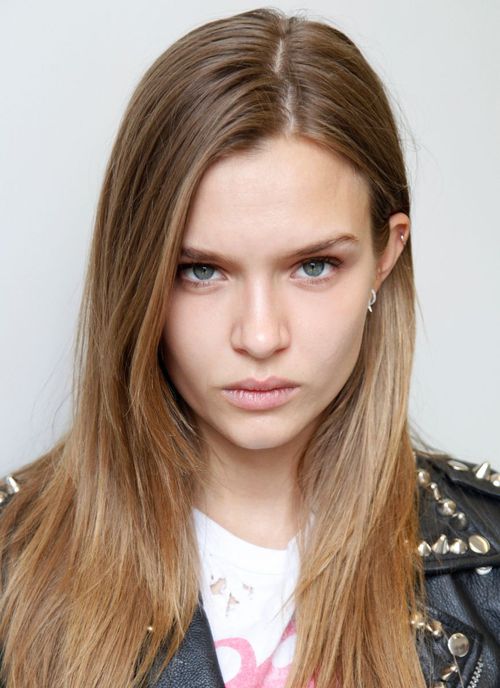 Birth Date: April 14, 1993
Nationality: Denmark
Josephine Skriver was born in Copenhagen, Denmark. As a teenager, she visited NYC and was approached about her modeling potential. The encounter led her to consider the option, and she eventually pursued the career in Denmark before entering the international market.


In February 2011, Josephine debuted at New York Fashion Week, walking for designers like Calvin Klein and Rag & Bone. She moved on to Milan and Paris, where she walked for Balenciaga, Chanel, Dolce & Gabbana, Valentino, and Yves Saint Laurent. She was the show closer that season for Prada in Milan.


Since her successful career launch, Josephine has modeled in campaigns for the likes of Armani, Balmain, Bulgari, Gucci, Max Mara, Michael Kors, Tom Ford and more. Select top photographers who have collaborated with her are Steven Meisel, Mario Testino, Patrick Demarchelier, and Mikael Jansson, while her editorial accolades include American Vogue, Vogue Italia, Vogue Germany, V, Dazed, W, Interview, and many more. In 2013, she walked her first Victoria’s Secret fashion show, and she has participated in both of the two additional years since. In 2016, she was appointed an official “Angel” by Victoria’s Secret.


Alongside her career, Josephine is notable for being an advocate for global LGBTQ rights. Having been raised by a lesbian mother and a gay father, she is outspoken about her upbringing and seeks to dissolve negative impressions of LGBTQ families all over the world. Since going public with her unique circumstances, she has been involved with organizations like Stonewall Initiative, Family Equality Council and COLAGE, while her story has been documented by Vogue, Huffington Post, i-D, Australia Today, and additional media outlets. Her most recent appearance was as a speaker at the Stonewall 50 celebration in New York City, alongside Lady Gaga, Chelsea Clinton, Alicia Keys, and Donatella Versace. She hopes to inspire children and all future generations of LGBTQ families via her own journey.

Josephine Skriver in the news: